For the most up-to-date reliable information on COVID-19 in Queensland visit www.health.qld.gov.au/coronavirus

On 14th May, the Premier Annastacia Palaszczuk announced:

On 7th May, the Premier Annastacia Palaszczuk announced the roadmap for Queensland relaxations: 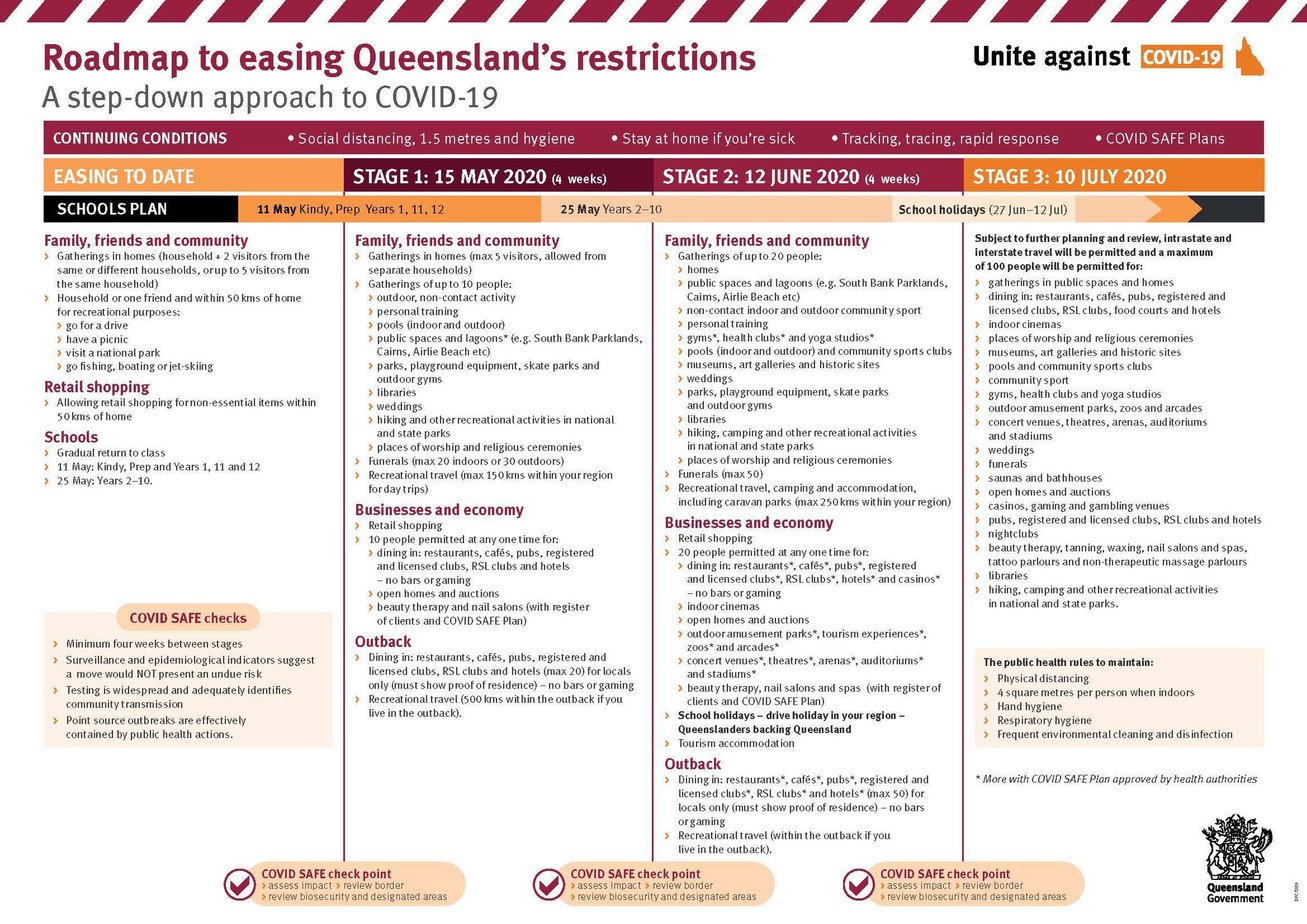 On 22nd April, the Prime Minister has announced the following:

On 9th April, New hotspot restrictions are in place for people returning to Queensland from parts of Sydney and surrounding areas:

On 2nd April, the Prime Minister has announced the following:

On 29th March, the Prime Minister has announced the following:

On 27th March, the Prime Minister has announced the following:

On 25th March, the Prime Minister has announced the following:

On 22th March, the Prime Minister has announced the following:

*For full text and list of other measures to help reduce the spread, please read the official announcement here.

For all the latest Australia wide updates, please visit Health.Gov.Au

If you have travelled overseas or suspect any flu-like symptoms such as cough, fever, cold or body ache PLEASE DO NOT VISIT THE CLINIC

A.   USE OUR TELEHEALTH FACILITY INSTEAD BY CALLING 13004AMTAN (1300426826)
i.  Call 13004AMTAN (1300426826) BEFORE visiting our clinics if you have travelled or experience any flu-like symptoms.
ii.  We will be asking a few extra questions to isolate patients ‘at risk for COVID-19’. This allows us to better support and enables doctors to provide the care and attention needed while reducing the risk of casual contact.
iii.  Be mindful and respectful of the staff, nurses and doctors during this time of crisis in the healthcare industry.
iv.  Call in advance for your scheduled appointment to know of any possible delays.

The World Health Organisation (WHO) has declared COVID-19 a pandemic. Prime Minister Scott Morrison has announced a number of healthcare measures to protect Australians from COVID-19. For people in home isolation or quarantine, as a result of coronavirus, to receive health consultations via the phone or video such as Phone or Skype.

This is a massive action undertaken by Amtan Medical Centres as it goes a long way to ensure the sustainability of our clinic’s service long term and in the interest of our staff and doctors as well. Such measures help us too, to reduce our vulnerability and risk during such a crisis in the health industry.

Vulnerable/isolated patients are those where at least one of the following applies:
(a) the person has been diagnosed with COVID-19 virus but who is not a patient of a hospital; or
(b) the person has been required to isolate themselves in quarantine in accordance with home isolation guidance issued by the Australian Health Protection Principal Committee (AHPPC); or
(c) the person is considered more susceptible to the COVID-19 virus being a person who is:

*The Telehealth service will be bulk-billed at no cost to patients and will be available from Friday 13 March.
*A private Telehealth fee applies for Non-Medicare eligible patients.

Thank you for your support and co-operation!

March 24, 2020: Healthlink has launched an online COVID-19 symptom checker. Click here to use the Symptom Checker.

Once you call us, we can advise which clinic would be best for you to see a doctor today, if required.